Whilst grazing around on YouTube, I came upon this absolute gem of an early black and white talkie. Railroadin’ features the Little Rascals / Our Gang kids on location at Santa Fe Railway’s Redondo Junction roundhouse in Los Angeles.

The star of the show is AT&SF #1373, a 4-6-2 built by Baldwin in 1913 and scrapped in 1949. In addition, we catch glimpses of a whole bevy of steam locomotives at the roundhouse which I’ll try to sort out later in this review.

Many thanks to “chrisbungostudios” on YouTube for putting together a most useful “Filming Locations” video, which will be linked to further down in my write up.

It’s iron horses galore in the last golden days of the Roaring Twenties! Let’s check it out.

Santa Fe Railway #1373 belches copious amounts of black smoke skyward (sanding the flues) as it runs along a side track. Notice the string of boonie old “outside braced” wooden box cars in the background. 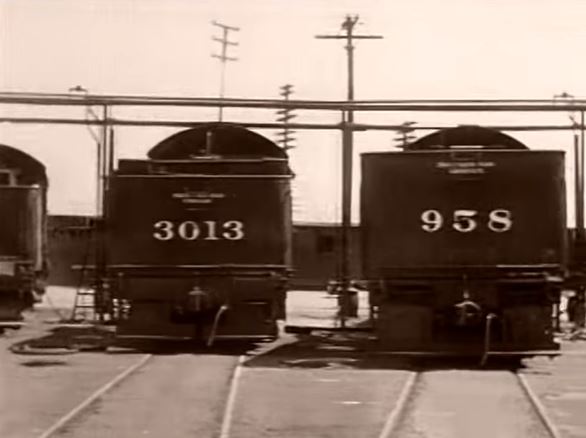 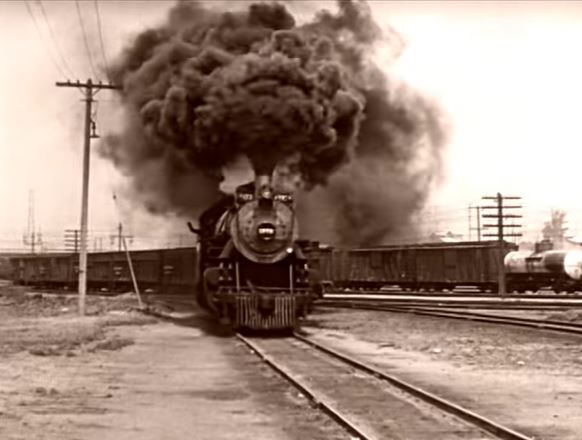 We get our first close up of the #1373 as it smokes towards the camera. 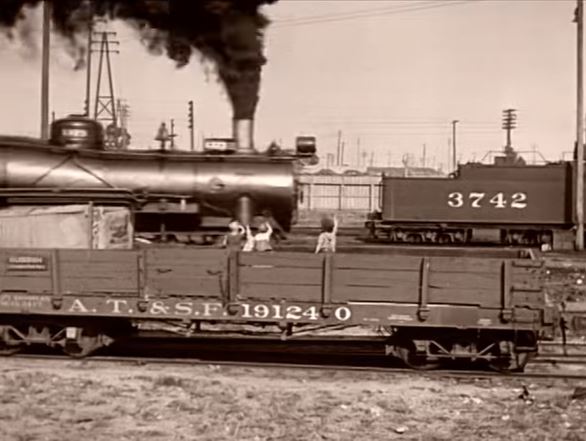 Joe (played by Joe Cobb) and Chubby (played by Norman Chaney) are the sons of the engineer and get a short ride in the cab, passing some of their playmates in a sidetracked gondola. #3742 is a Baldwin 4-8-2 mountain type built in 1920.

Later on, some of the kids wander back to the #1373 and climb up to look around. You can still faintly see “AT&SF” on the cab side. Look at the enormous trailing truck next to Farina. 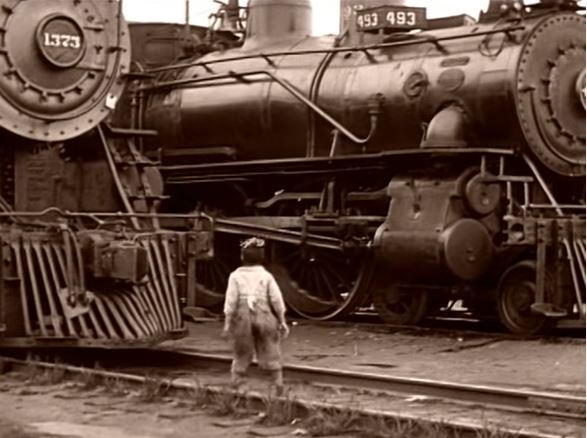 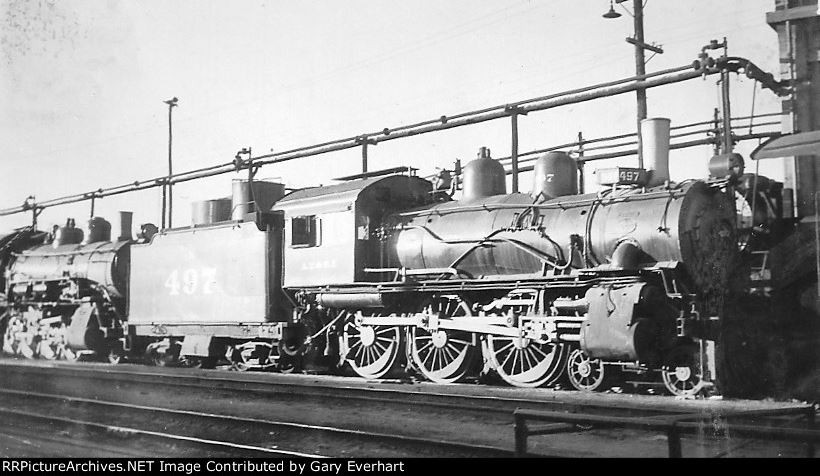 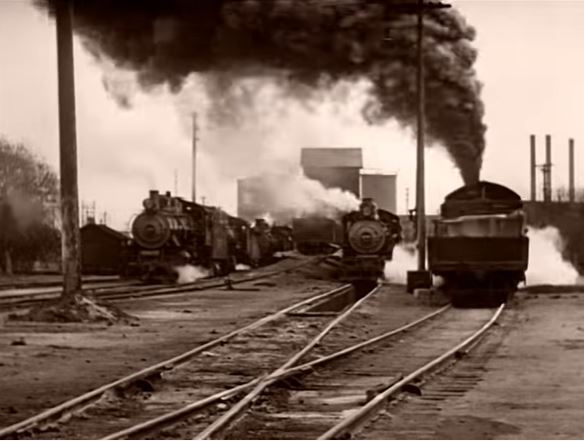 Long story short, the boys manage to start the locomotive (by accident). They run up and down the roundhouse lead — giving us a great view of the servicing area. 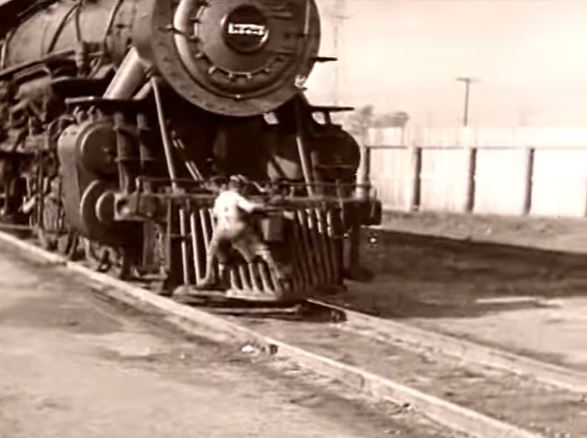 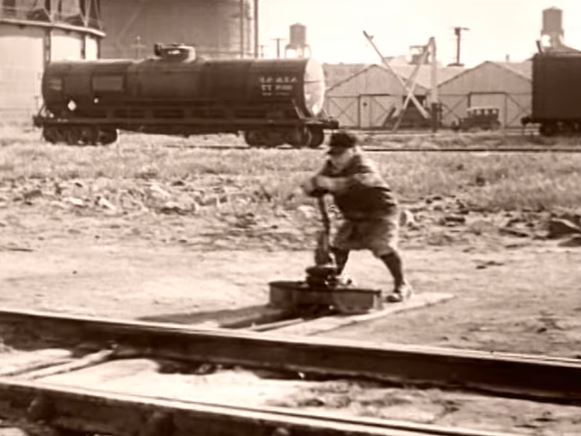 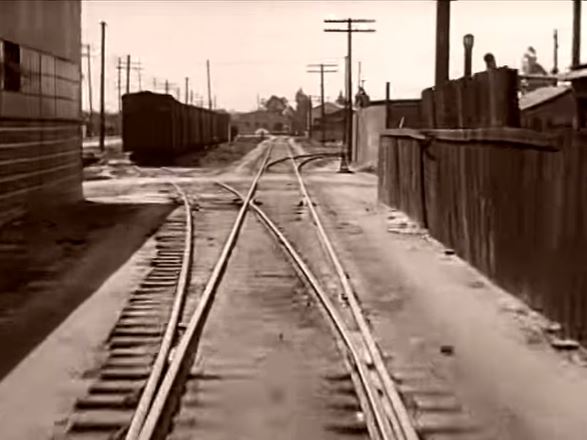 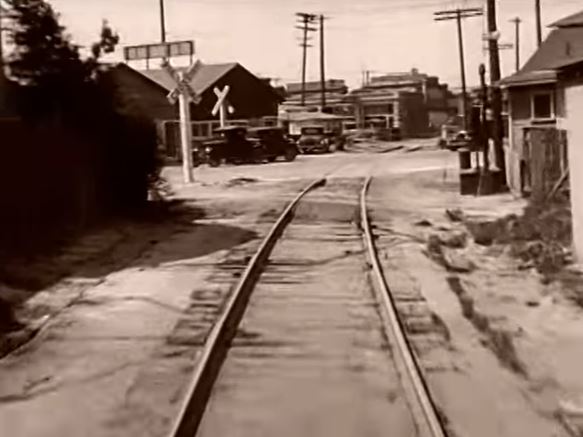 Farina is scooped up by the cowcatcher, Joe throws the switch and the three kids find themselves out on the high iron — providing a great documentary look at 1929 Los Angeles. 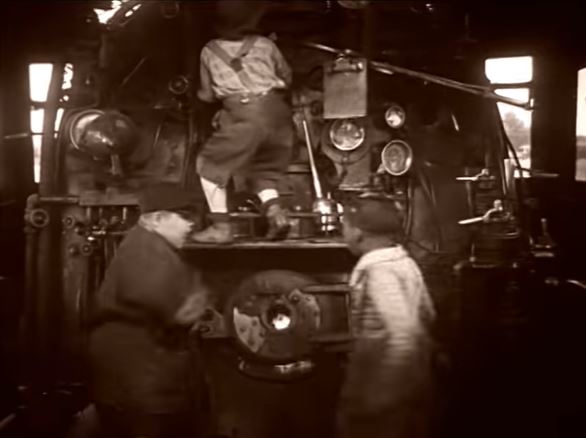 A view of the cab interior on #1373 as Chubby, Wheezer and Farina try to figure out how to stop. Meanwhile, they pass under the East Olympic Boulevard bridge next to the Los Angeles River. Pacing shot of #1373. Back in the gondola, some of the other “Little Rascals” are really enjoying the ride. 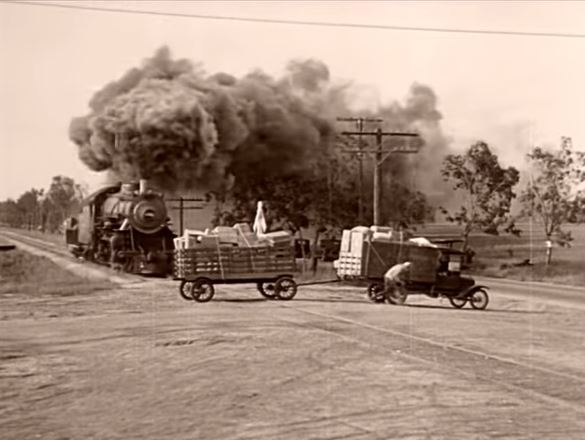 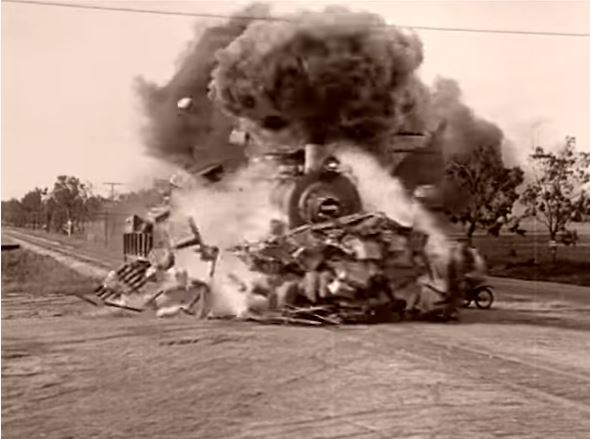 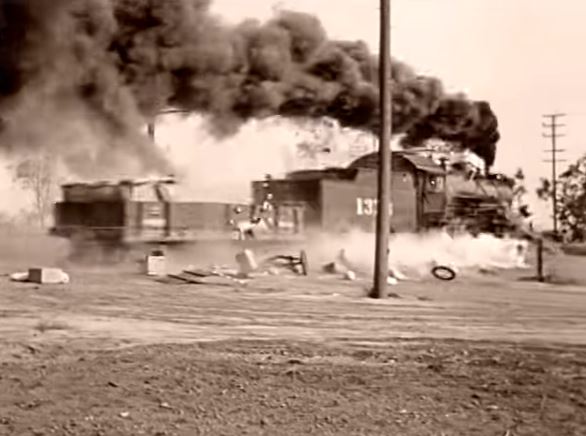 Great sequence of #1373 at full gallop, smashing through a stalled-at-the-crossing motorist. Looks like they used many sacks of flour to ensure a most spectacular aftermath. 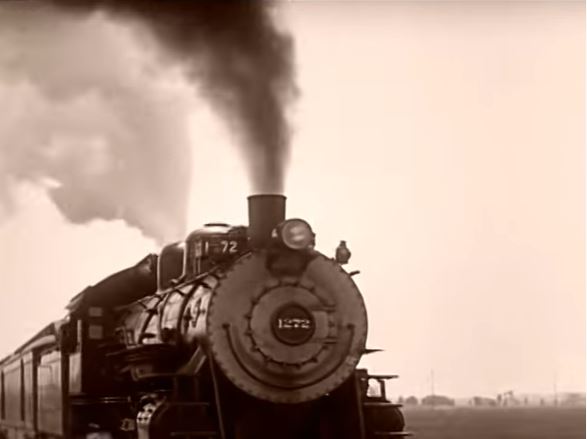 The “Limited” consists of #1272, a double door baggage car and two coaches. 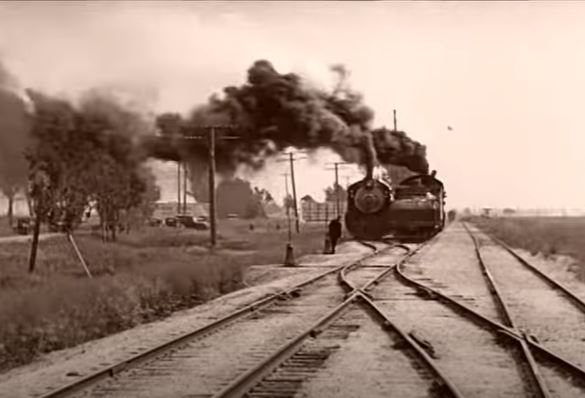 Fortunately, the hogger on #1272 spots the oncoming #1373 and manages to back the Limited into a side track to avoid a cornfield meet.

The flour-splattered boys get a talking to by the crew of #1272 as the train scenes draw to a close.

Thanks again to “chrisbungostudios” for helping me with the locations: