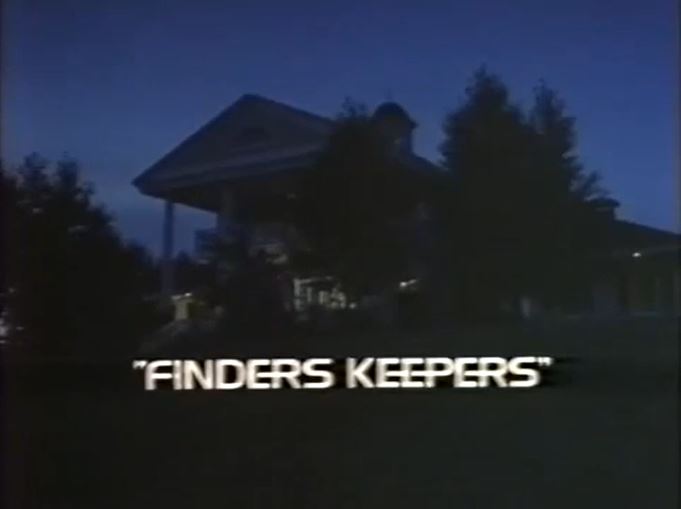 This movie was originally brought to my attention courtesy of Erik Stenberg (September 2019 email). It’s as obscure as a train movie can get, filmed out in the wilds of Alberta and British Columbia. Canadian locations meant we are treated to a wonderful Budd-built pocket streamliner of ex-Canadian Pacific cars pulled by a couple former-Canadian National, GMD FP9A diesels. All this glorious passenger equipment courtesy of VIA Rail Canada, who also whomped up a garish “AMrail” paint scheme for the F’s.

The plot and storyline are preposterous, but we’re not here to critique that. Similar to Silver Streak 1976, it’s “Let’s pretend Canada is the U.S., cause it’s cheaper to film up there”.

My apologies for the really fuzzy screen captures — taken off a YouTube video, dontcha know. Enjoy!

Our movie train of 7 cars (including two domes) soars high above Old Man River in Lethbridge, Alberta. For comparison, I include this modern day image from Google of a CP freight train.

Vancouver’s Pacific Central Station stands in for Oakland, California as our journey on The Canadian, err…I mean AMrail begins.

Just like that, we’re arriving in Reno, Nevada. This was filmed at the CP Lethbridge, AB passenger depot. Leading the train is former CN FP9A #6511 and CN FP9A #6506. Both locomotives are still around as can be seen in the above link.

How about that 1970 Plymouth Fury cop car with the blue and red gumballs? Thanks for the ID, big brother Mark!! 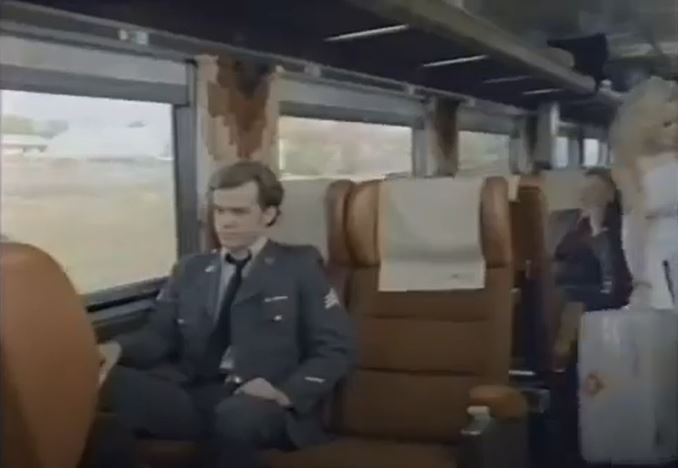 Two interior views. First, Michael Rangeloff (played by Michael O’Keefe) watches the passing scenery from his seat in a CP Dayliner coach; Second, Rangeloff and Standish Logan (played by Beverly D’Angelo) are tangled up on the stairs leading up into a CP Skyline dome car. 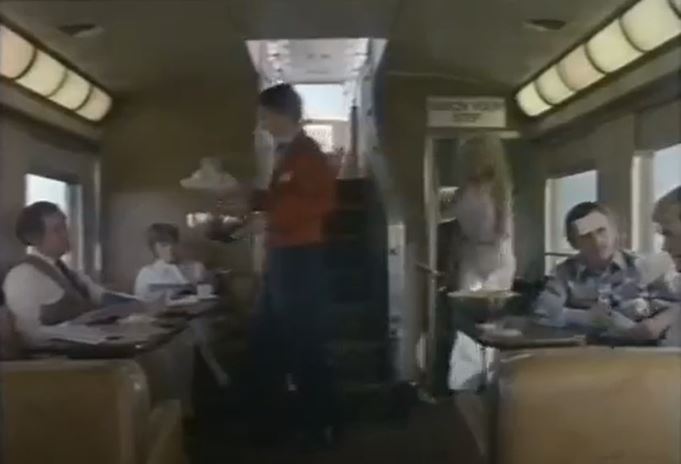 A couple more interiors. The first image might be the rear lounge in the Park series dome observation bringing up the markers; second shows a coffee shop café set up as a bar for the movie (this is probably the mid-train Skyline dome car). 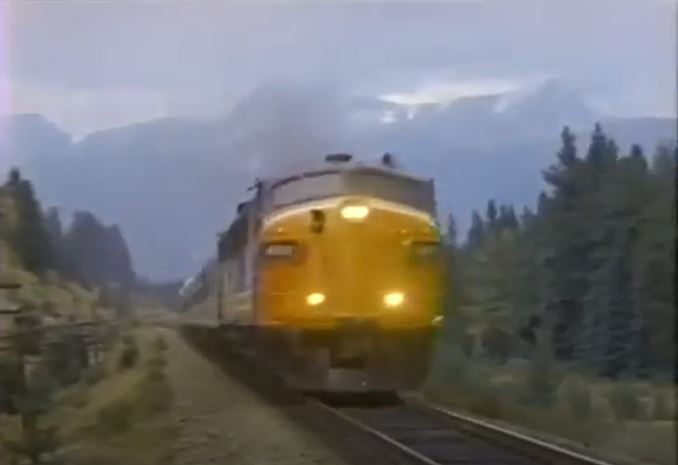 Establishing shots. Every now and then filmmakers would show a runby of the train in a scenic locale. These were most likely filmed on the lines from Lethbridge towards Calgary, AB or Fernie, BC. 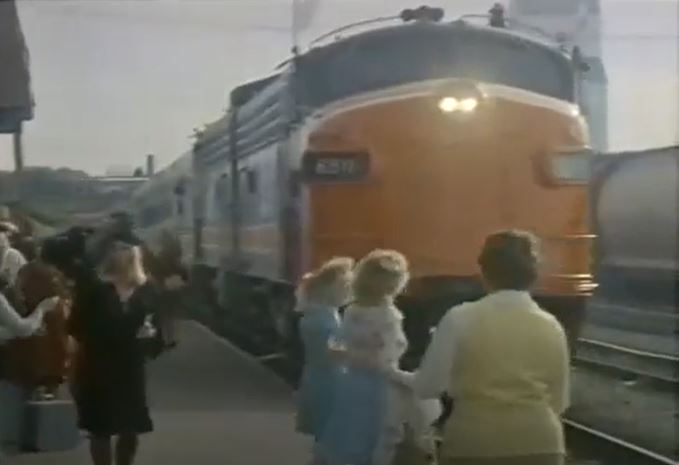 Well, we’ve made it to Ogden, Utah. Not sure which Canadian depot this was filmed at, but there’s two very nice grain “prairie skyscrapers” in the background. 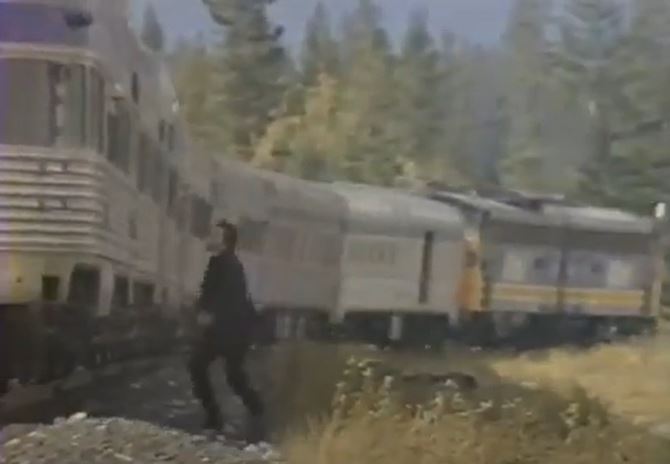 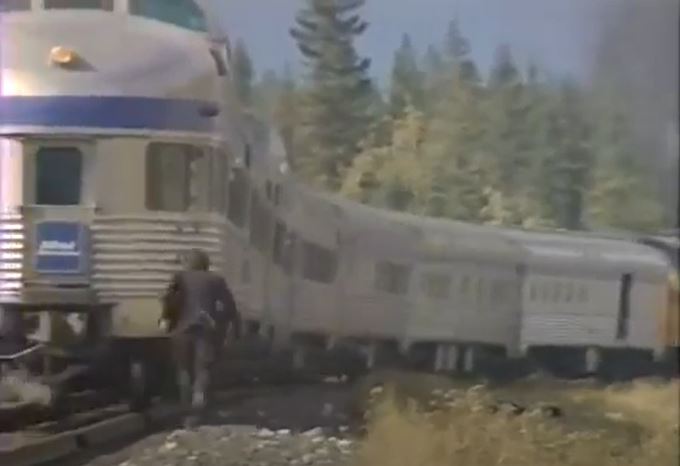 Here’s my favorite runby sequence of the movie where we get a look at the entire consist. Those towering mountains in the background might be near Crowsnest Pass. 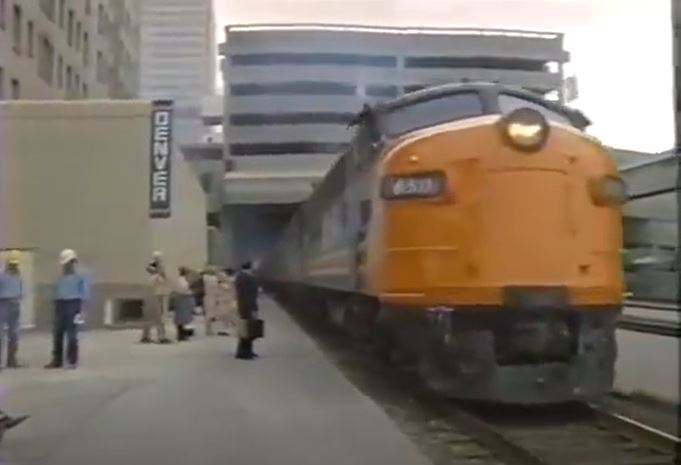 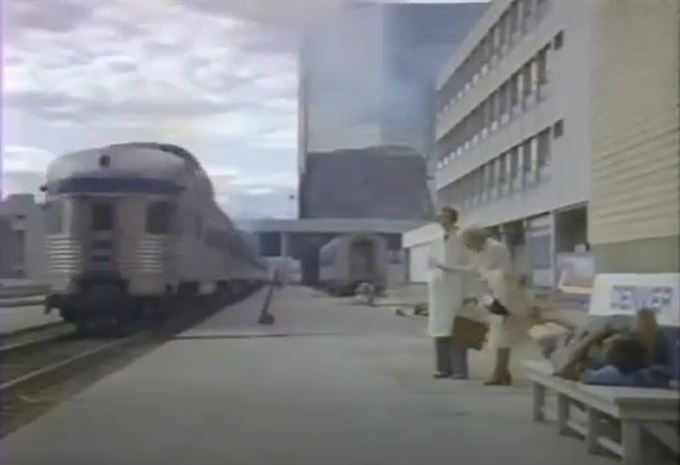 Denver! (Calgary, AB) our train arrives and we get a clear view of the 6506 number on the second unit. A post-1968 (side marker lights) Checker Cab awaits trackside (thanks again, Big Bruiser! ;p) As the Park series car rolls out of town, note it has a VIA drumhead. 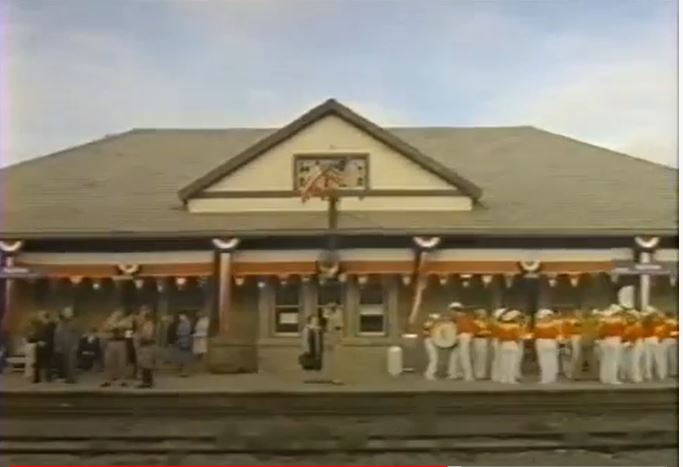 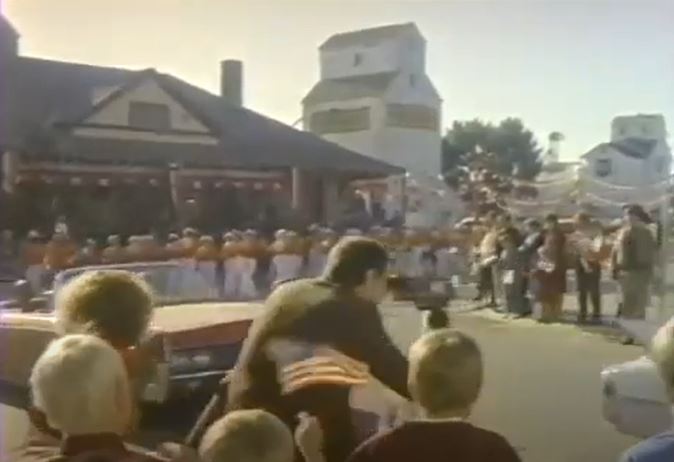 At last, our train arrives in the fictional town of High River, Nebraska. I haven’t been able to identify this depot or location (Vulcan, AB maybe?). There’s those two grain elevators again. 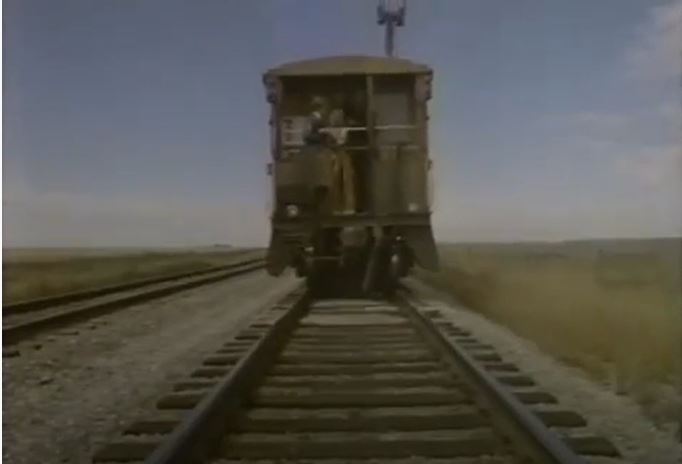 The final train scene is a welcome change of pace featuring a CP Rail GP9 “Geep” towing a string of general merchandise freight. I can’t make out the number, but notice how they modified the lettering of the unit to read, “GR Rail”. Punctuated by a yellow CP Rail caboose, the consist trundles into the distance as the credits roll.

Here’s what IMDb has to say about Finders Keepers:
https://www.imdb.com/title/tt0087260/