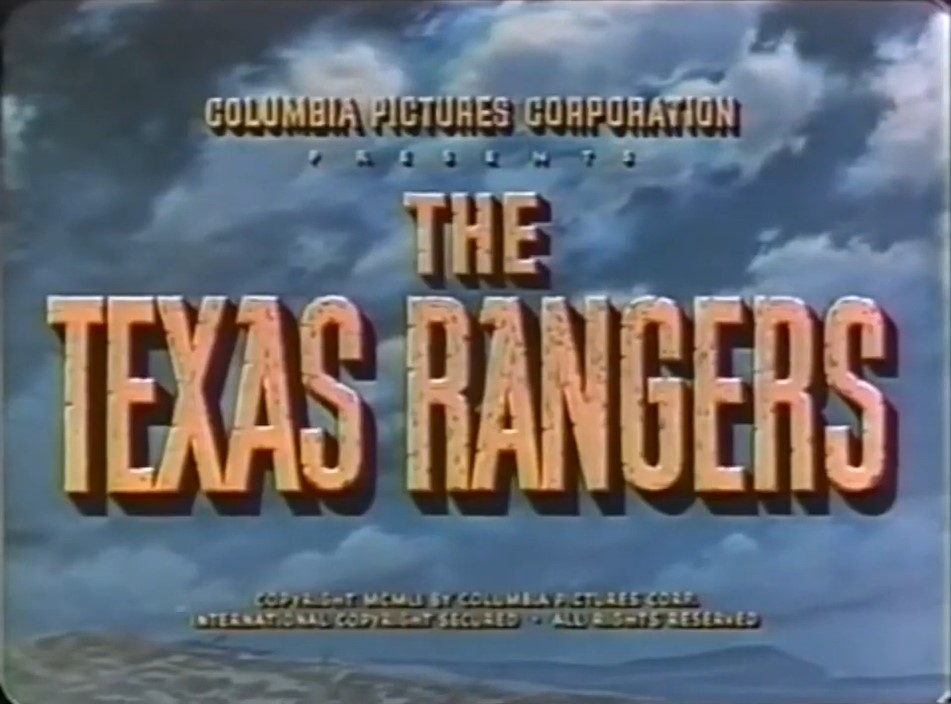 Sierra Railroad #18 is the star of today’s feature film. This 1906 product of Baldwin Locomotive Works is painted up in a pleasing maroon and gold “Texas Central” scheme. Numbered #44, the little 2-8-0 was back dated with a box headlight and cabbage smokestack. Sierra #18 is still with us having recently (2021) been purchased with the Fred Kepner collection by the Oregon Coast Scenic Railroad.

The real train action doesn’t get started until the last 10 minutes of the movie. It’s a little fuzzy (free on YouTube dontcha know), but packed with action including a big fight in the cab of the locomotive. Train robbery? Check. The payroll on board? Yep. Posse of lawmen waiting in ambush? You betcha. Innocent women and children blown to bits? Well….no. That’s Blazing Saddles.

Can a reformed outlaw find true love alongside a steam locomotive at the depot? Let’s find out! 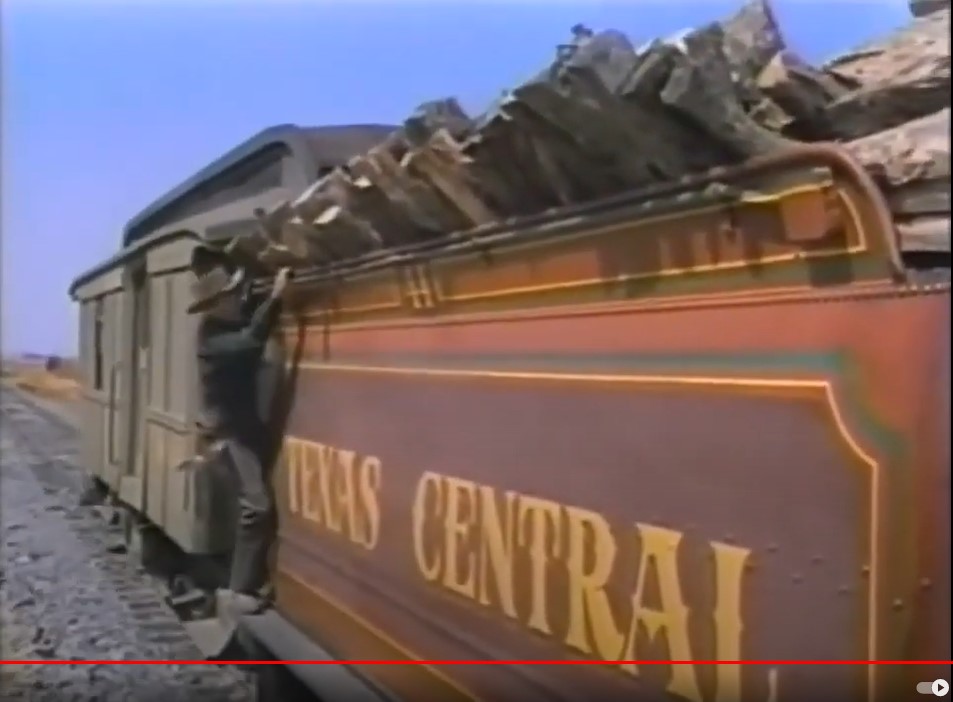 Undercover Texas Ranger Johnny Carver (played by George Montgomery) makes his way along the tender for the final showdown with the bad guys. All that wood is just for show as I’m pretty sure #18 was an oil-burner.

In the opening credits, the outlaws are introduced one by one. The train robber amongst the bunch is one Sam Bass (played by William Bishop) 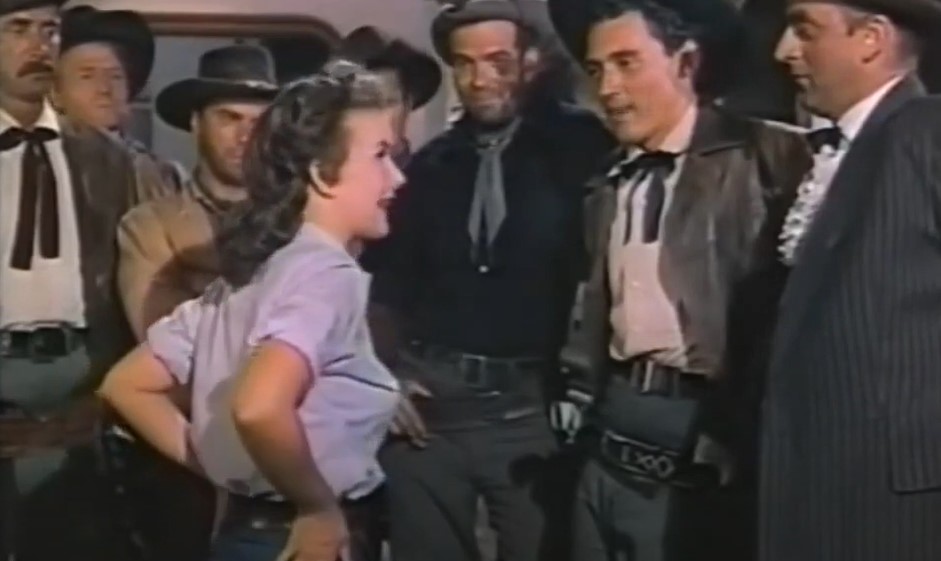 Well, hello there! Sassing the outlaws down at the saloon is local tomato Helen Fenton (played by Gale Storm). It turns out she’s Editor of the Waco Star newspaper and is none-to-pleased with the arrival of these raffish ruffians. We just might see Helen later on (rawr-RAWR!). 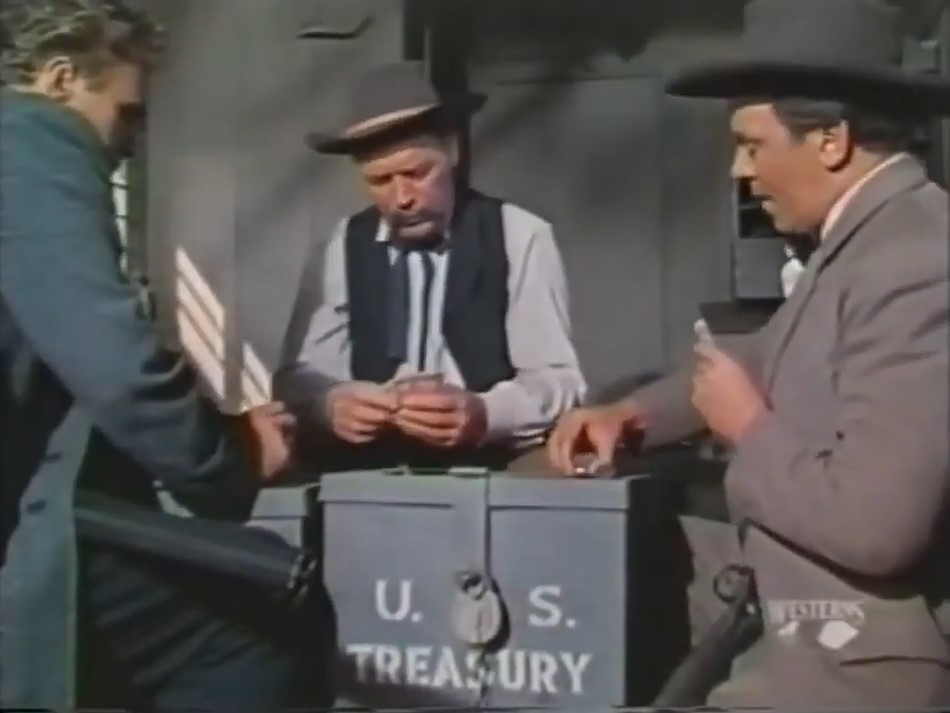 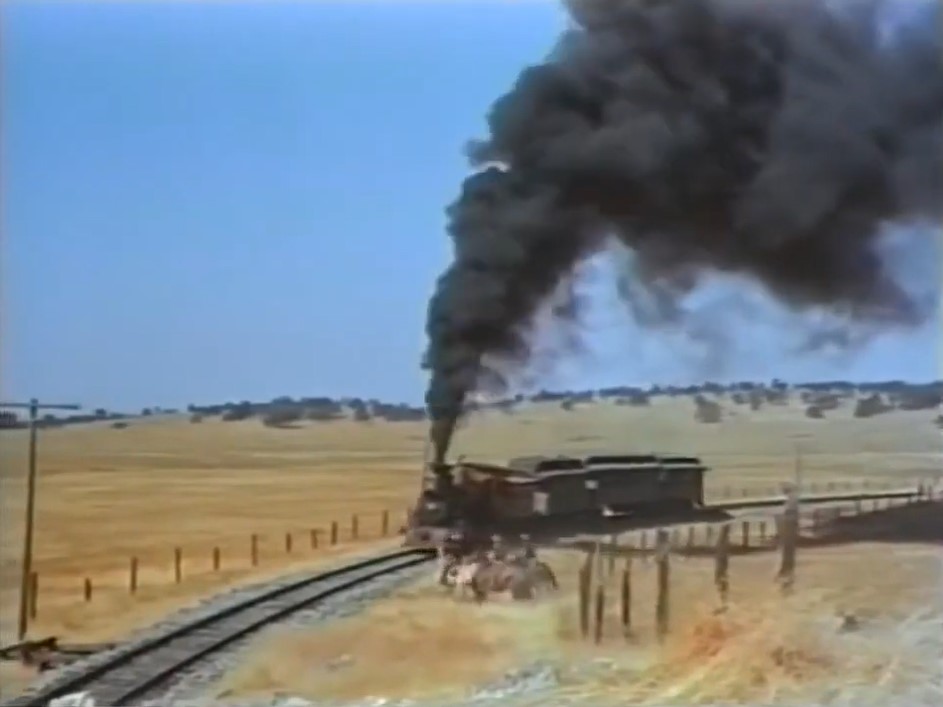 Yonder comes the train; The three caballeros canter down to the tracks as the pokey police porters play poker upon the padlocked payroll; Texas Central #44 puts out a fine plume of smoke and we get a quick peek of the engineer at the throttle.

As the short train crests the hill, the first outlaw leaps onto the tender with his guns a-blazing. “Didja hear that?” drones the dumbfounded deputy. 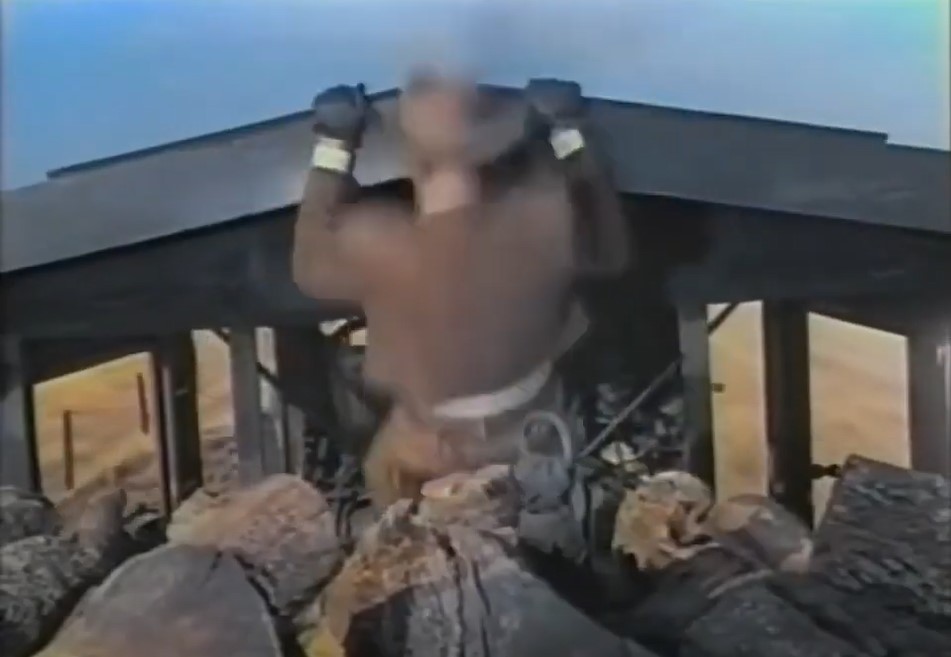 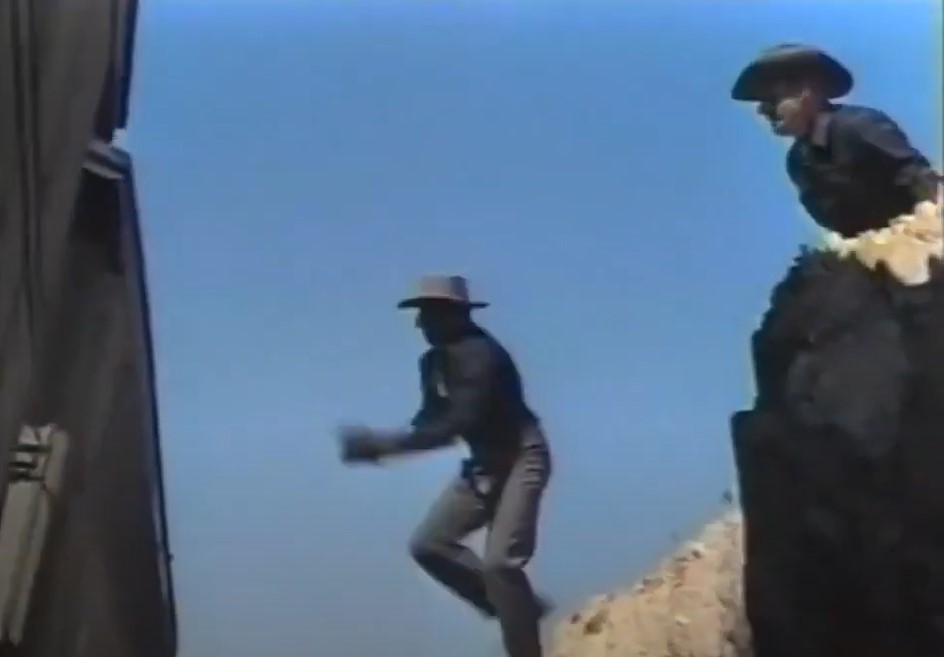 Standing astride the wood pile, villain #1 overpowers the unsuspecting enginemen whilst villains #2 & #3 spectacularly LEAP onto the train roof. 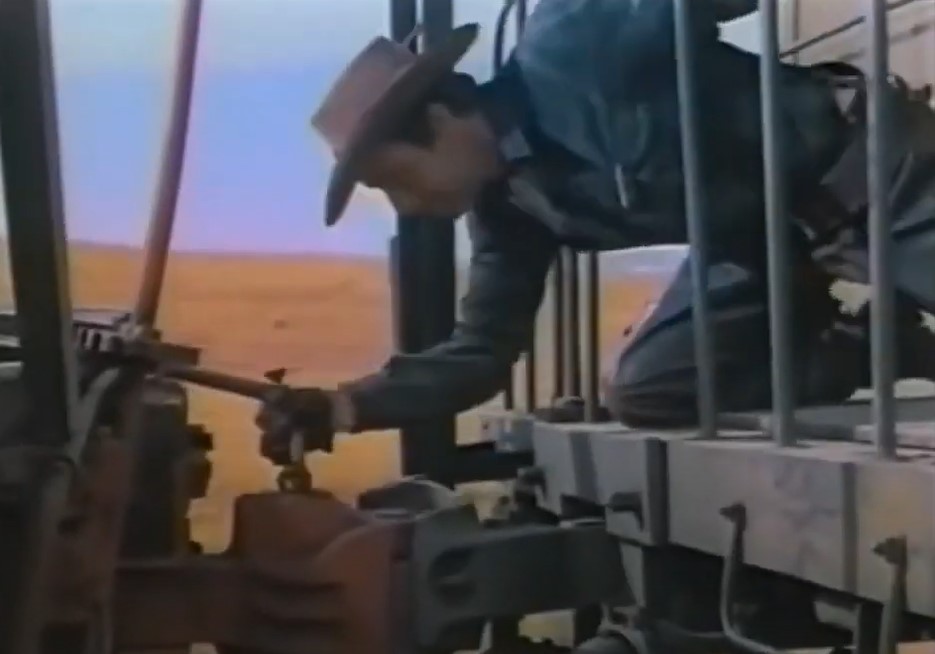 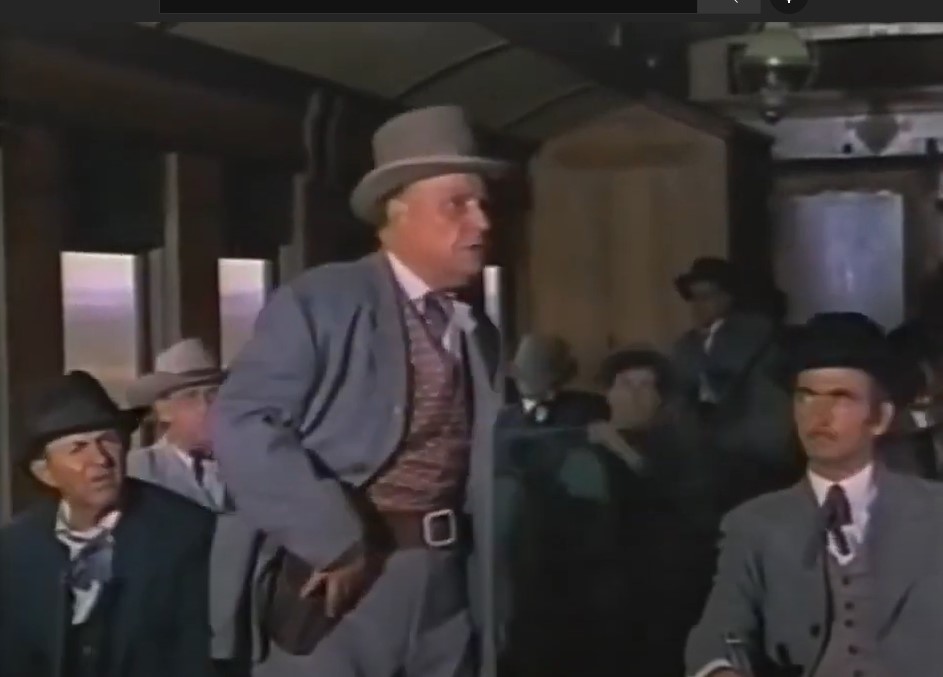 Meanwhile, turncoat Johnny pulls the pin on the Janney coupler between the combine and full coach….leaving the onboard posse behind. Later, he climbs the ladder and makes his way to the engine.

It’s only a flesh wound, so Johnny comes along the tender, gets the drop on Jock and POW! Scratch one henchman.

Rudabaugh? What is he, a frikken turnip? 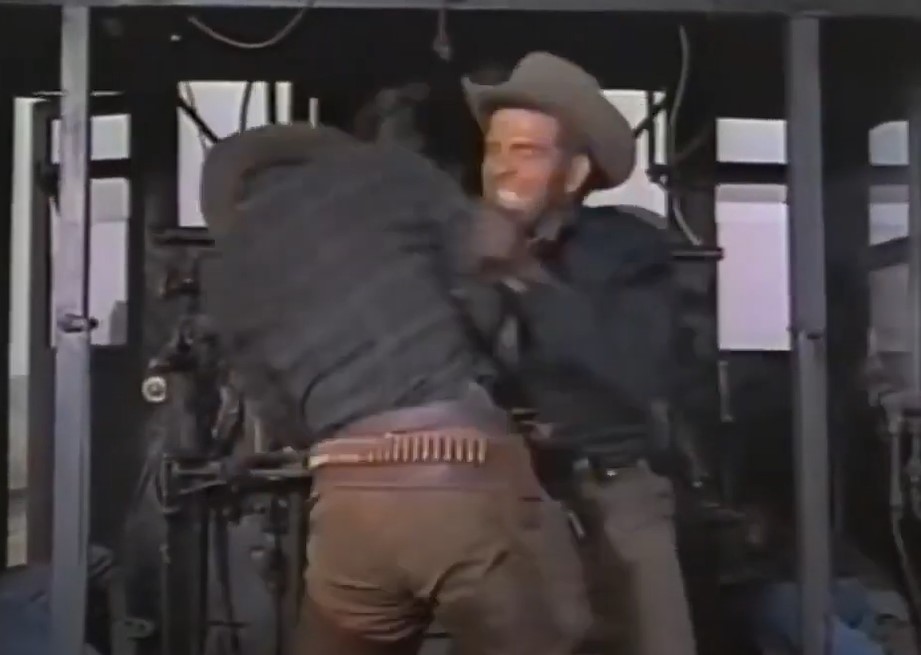 Big fight! As Rutabaga boy and Johnny Carver battle it out in the cab, TC #44 is racing along with no one at the controls! 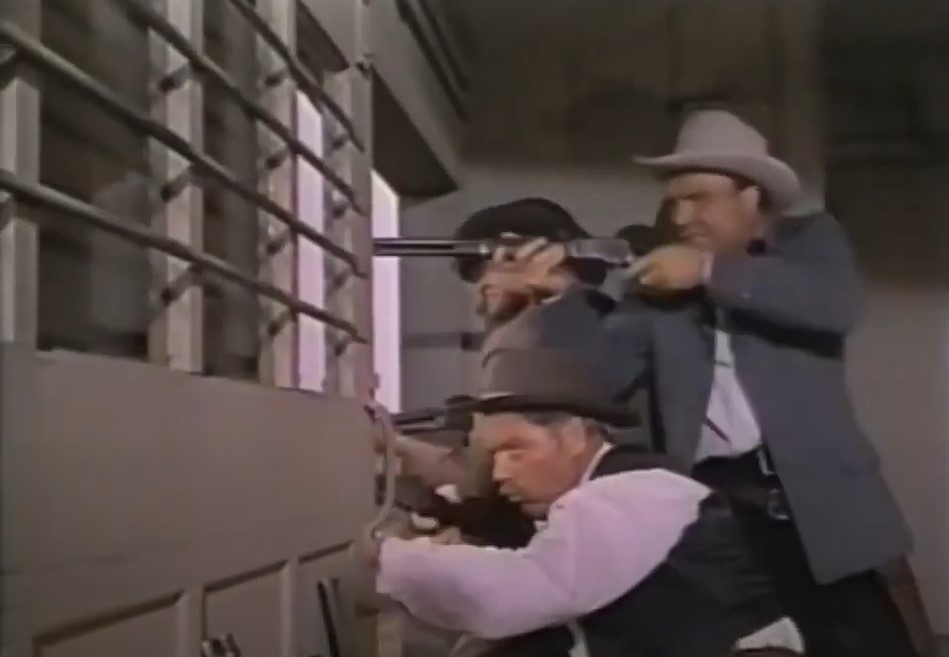 As if that isn’t enough action, the remaining outlaws are trading pot shots with the harried baggage car crew. Blam! Blam! The rider-less horse indicates attrition for the baddies. 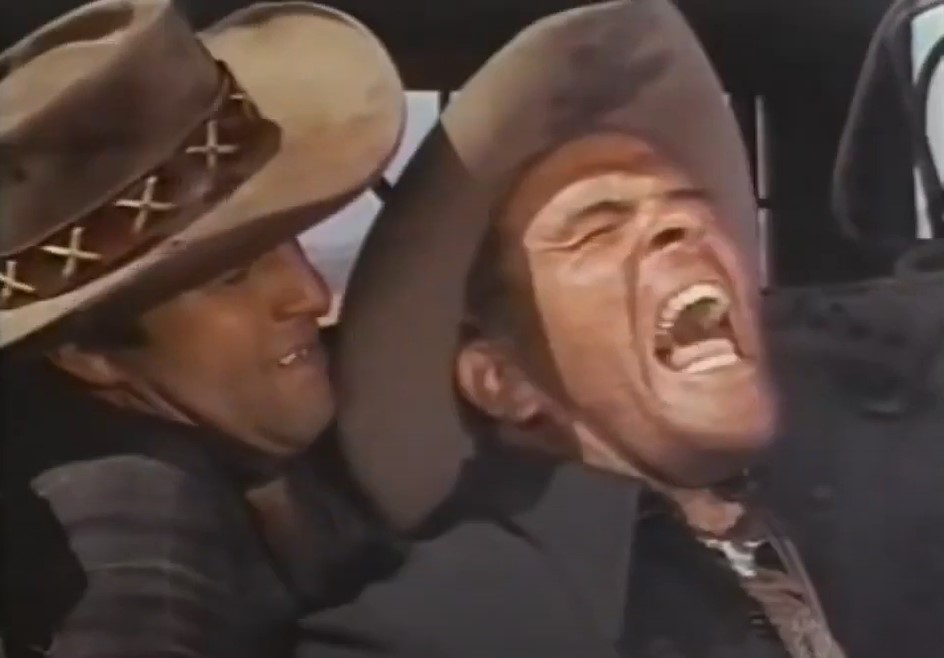 As the train pulls away…..WHY do the bad guys in any western picture ALWAYS have the WHITEST, most PERFECT teeth? HOW did he obtain such outstanding dental care in 1880? This bothers me a great deal…

Anyway, back to the show. GAH! Johnny finally dispatches Rutabaga over the side of #44’s tender about the same time the Texas Rangers come along at full gallop (cue the William Tell Overture). 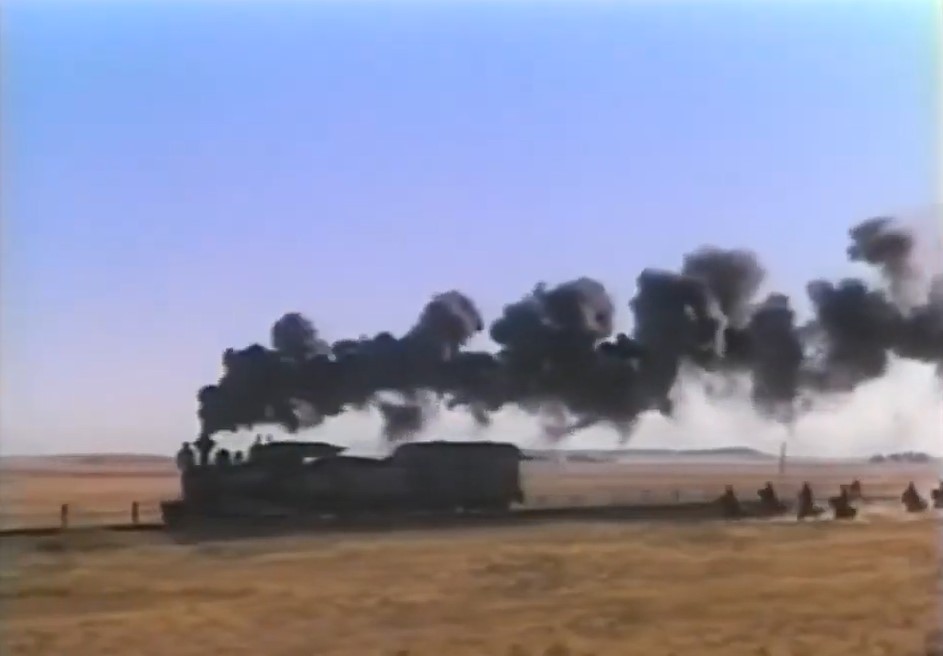 Johnny takes charge of the locomotive and brings it to a stop just as the Texas Rangers surround and overwhelm the remaining outlaws. Huzzah! Justice has once more triumphed over Eeee-vil.

Nice, well-lit sequence of Johnny dismounting from old number 44 and being congratulated by the head Ranger. He’s sure to get a pardon now! 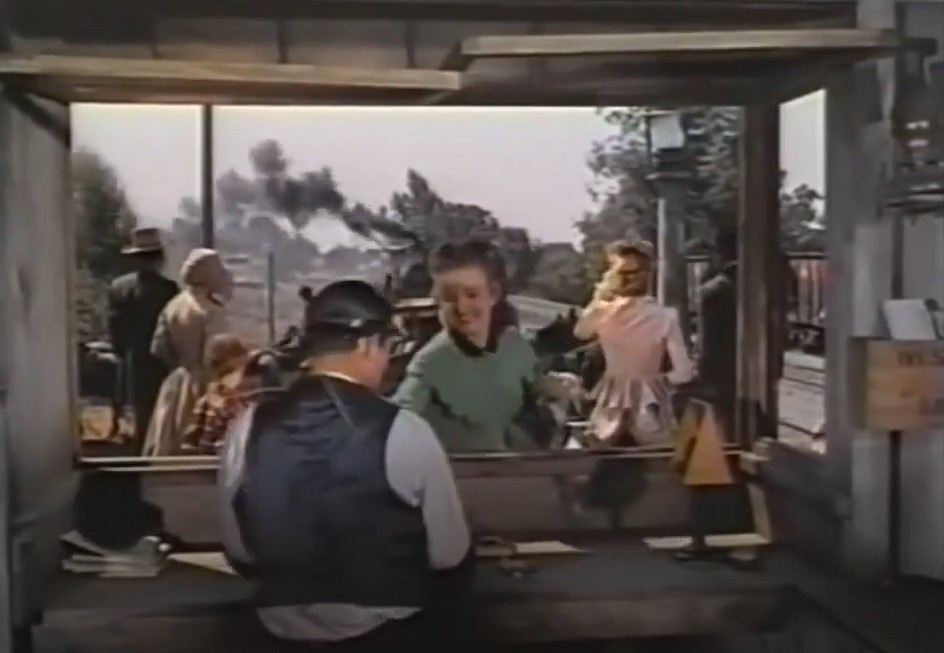 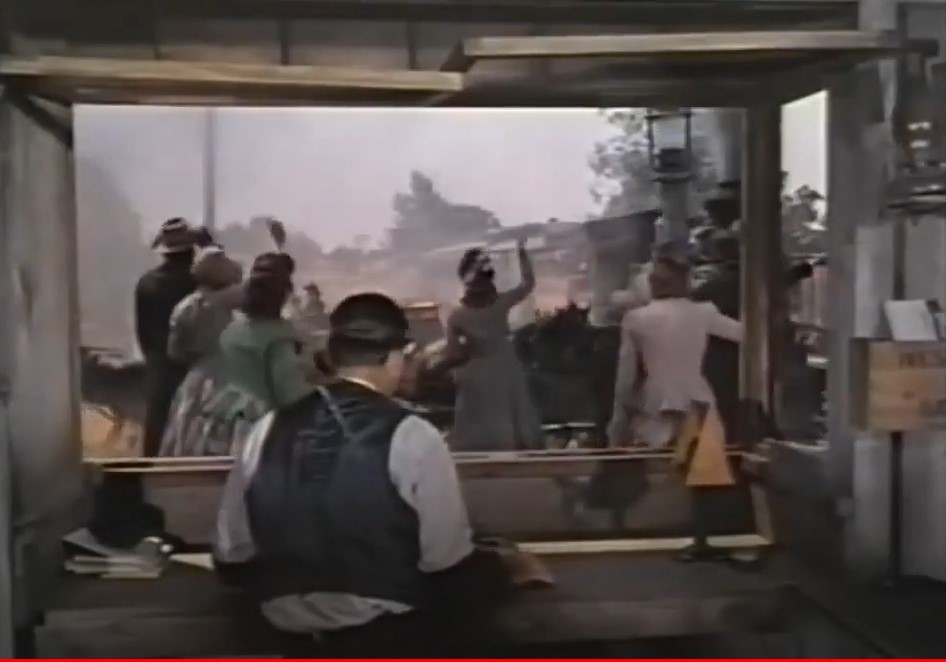 As the train trundles triumphantly into town (Jamestown, CA, no doubt), note the interesting rolling stock on the adjacent track as Helen fires off a telegraph announcing the round up of the outlaws. 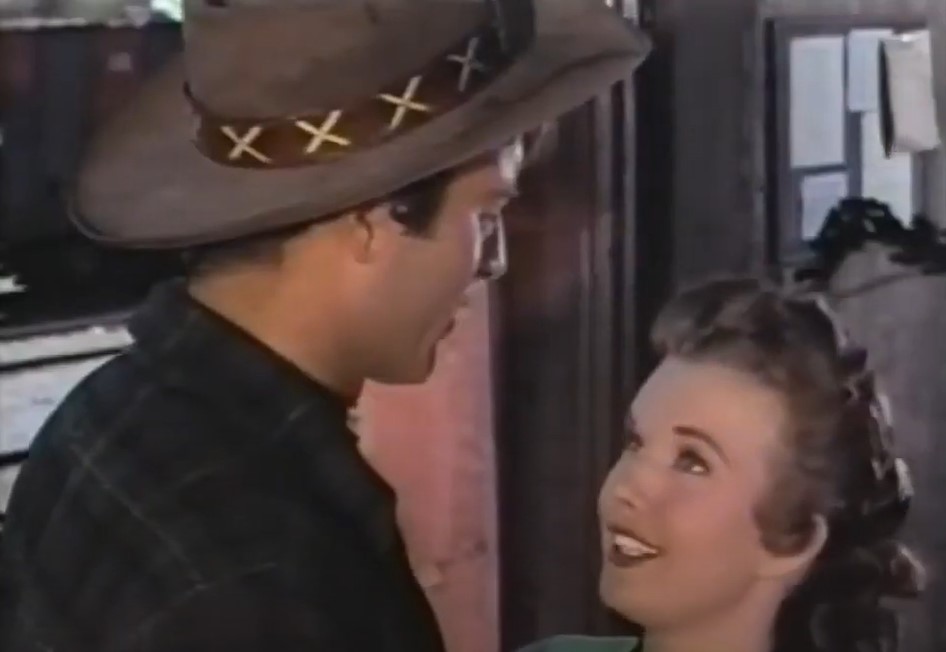 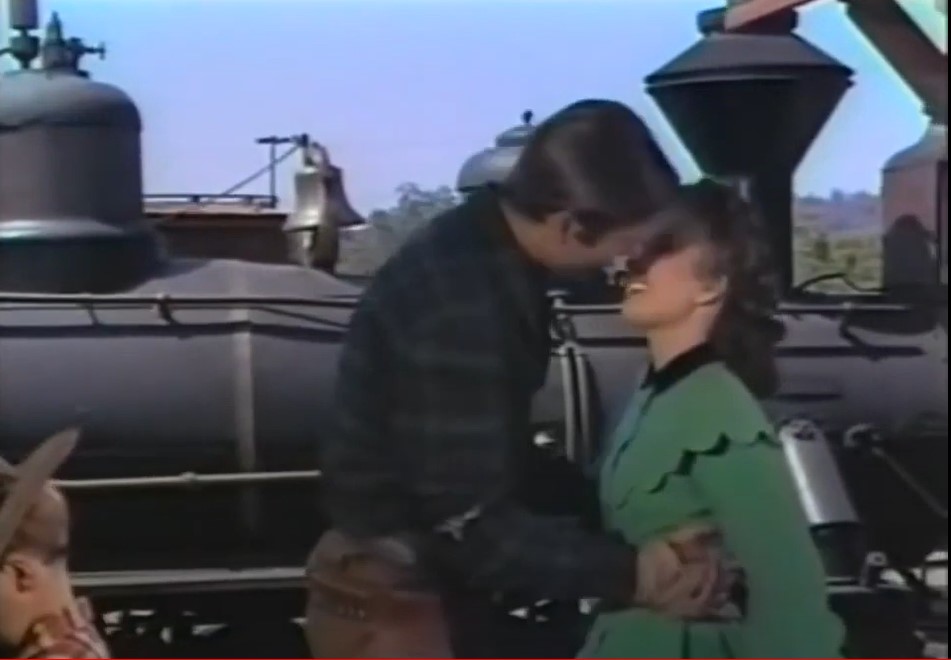 Resplendent in green, Helen is all smiles (ROWF!) as she waits next to Sierra #18 with Opie Taylor to greet that big old hunk, Johnny Carver. No tongue kissing! Oh, I love a happy ending. Oops. Maybe I should rephrase that…

The train robbery scene in this flick is remarkably similar to another movie “Colorado Territory 1949” I looked at some years ago.

Here’s a link to the film I reviewed if you’re so interested:

Here’s what IMDb has to say about The Texas Rangers:
https://www.imdb.com/title/tt0044118/