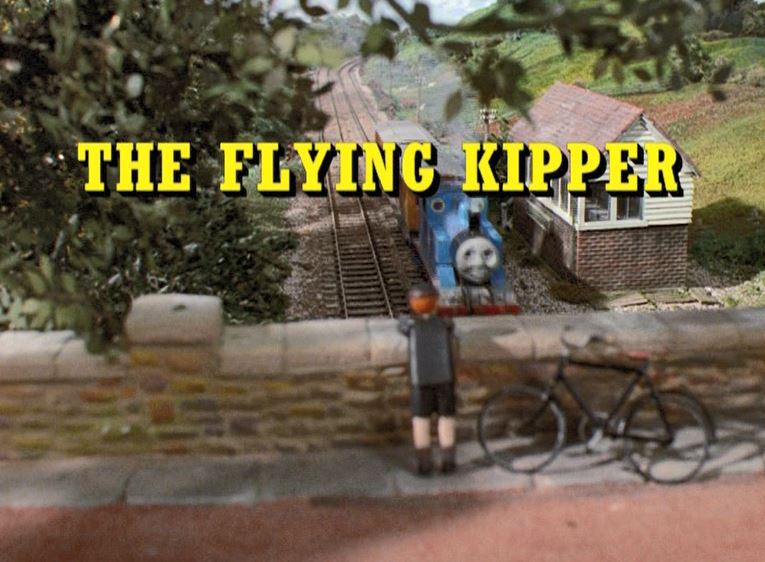 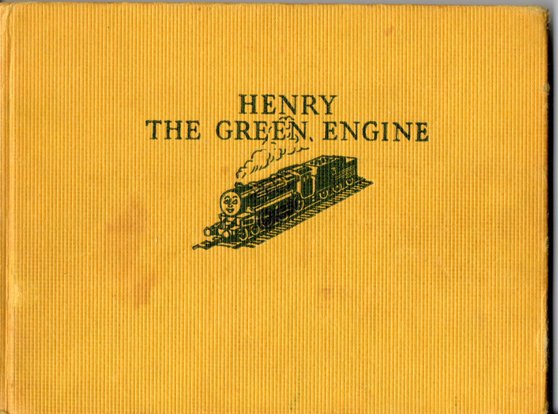 Henry the Green Engine! At age 6, I received this book which introduced me to the magical railway of the fictional Island of Sodor. Imagine my surprise when as an adult, someone started making little model railroad videos of the same stories I used to read as a kid. I was hooked.

This review comes from my DVD, “Thomas & Friends, The Early Years”. I am concentrating on just the story, “The Flying Kipper”, as that was one of my faves. Narrated by Ringo Starr, I will note the slight changes made in the story line from the book to the movie and present the images side by side for comparison. This episode was originally broadcast on 2 April 1989 (from IMDB.com).

The original books were written by The Rev. W. Awdry with illustrations by C. Reginald Dalby. The videos were created and adapted by Britt Allcroft.

Dontbesilly! Dontbesilly! Trock, trick! Trock, trick! Henry #3 is a 4-6-0 green engine with red stripes. Here he is hustling along with the Kipper in the pre-dawn darkness. Note in the book picture (right), he is pulling about 9 freight cars. 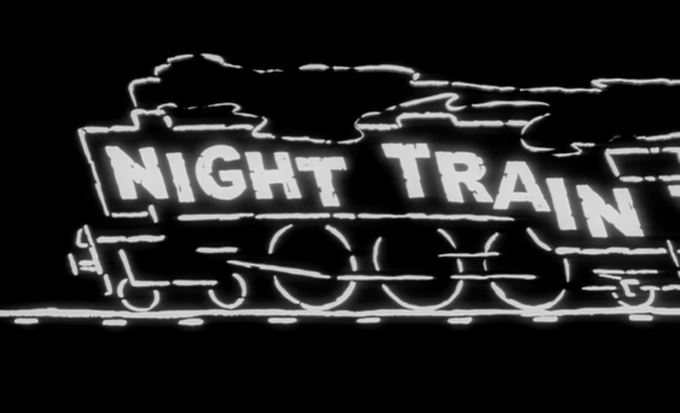 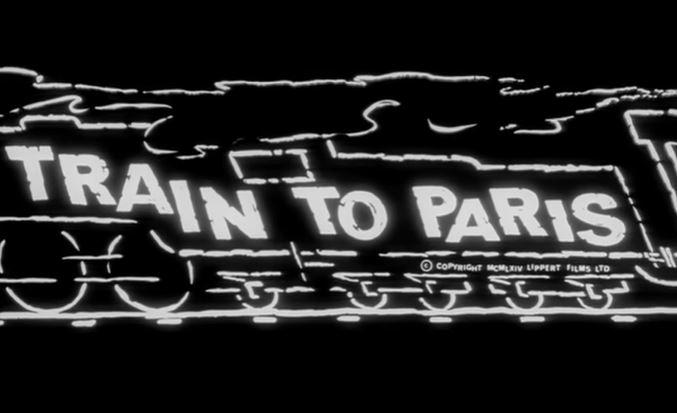 It’s New Year’s Eve and former OSS agent Alan Holiday finds himself riding the Boat Train along with a bunch of swinging members of the “Bear Ski Club”. Alas, no bare ski bunnies appear in this film. Damn. Although mostly filmed at Shepperton Studios, the train quotient is adequate including some brief scenes loading the passenger cars onto the ferry.

My favorite set is the discotheque car with lots of dancing and noise and adult beverages. This stage doubles as a place to hide out from various rowdies and officials looking to do Agent Holiday serious harm or incarceration.

If this is starting to sound like a James Bond knock off, you’re right. Methinks Fox was trying to cash in on United Artists’ hugely-successful spy caper franchise.

Anyway. Let’s enjoy the train scenes for what they’re worth and perhaps beam on a few lovelies along the way. Tous à bord! 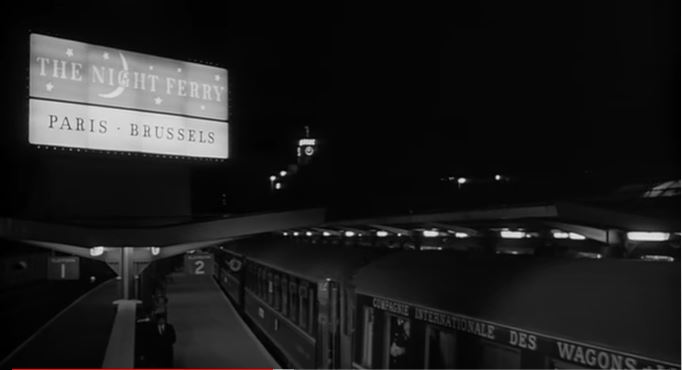 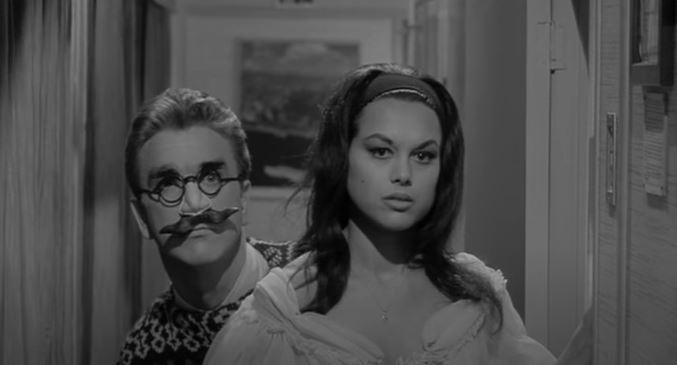 “Night Ferry for Paris, Brussels, Azusa and Cucamonga, now leaving on Track 2. All Aboarrrrrrd!”; 16 years before he appeared in Airplane! 1980, Leslie Nielsen (as Alan Holiday) was honing his comedy chops alongside Aliza Gur (as Catherine Carrel), the former Miss Israel 1960. Rahr-RAHR!

END_OF_DOCUMENT_TOKEN_TO_BE_REPLACED 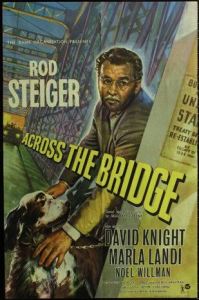 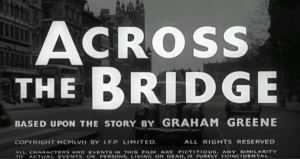 Carl Schaffner (played by Rod Steiger) is a British financier in New York City who is into his company for about $9 million. As details emerge of his embezzlement, Rod/Carl decides to take it on the lam. Thus, he heads down to Pennsylvania Station taking a sleeper on the first train to Texas and eventually Mexico.

Interestingly enough, the Pennsylvania Railroad had a train, the Penn Texas, which ran from New York to St. Louis, MO with connecting sleepers on the Missouri Pacific to Dallas, TX and from there on the Texas and Pacific (a Mopac subsidiary) to El Paso, TX.

This being a British film, most of the interiors were shot in Shepperton Studios with exteriors of American railroad scenes (mostly in the dark) thrown in for good measure.

Train scenes are only present for 20 minutes, but it was enjoyable to hunt down pictures and identify the locomotives shown. Let’s get onboard with shyster Schaffner as he makes a run for it. 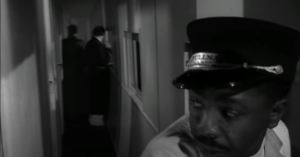 The Pullman Porter has his suspicions about the cranky old guy in Bedroom C.