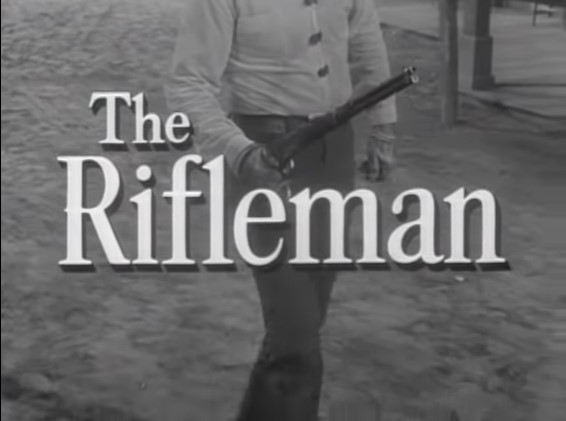 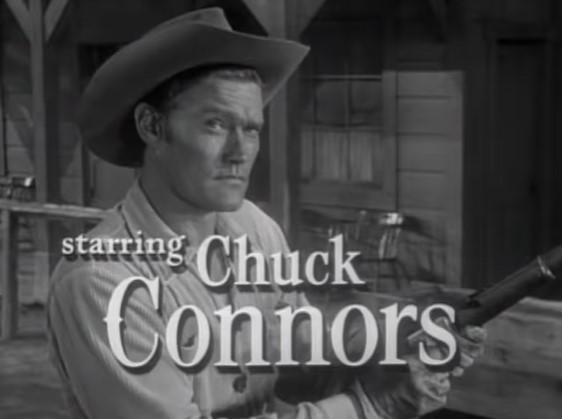 “Somebody get me The Sarge!” Chuck Conners (as Lucas McCain) starred for five seasons of The Rifleman, blasting away on his customized Winchester 92 carbine to begin every episode. BTW, the above link (in blue) is a fascinating read — with details about the Winchester used in the series.

Anyway. Episode 159 of 168 seemed to have the most train scenes. Lucas and his boy Mark (played by Johnny Crawford) are riding the first train into Northfork (New Mexico Territory). It wasn’t until I started taking screen caps that I realized all the live train footage was lifted from other movies and stock footage.

Still, it was fun to try and identify the railroad bits — especially as locomotives and railroads would change from shot to shot (maybe they won’t notice…). C’mon, let’s check it out! 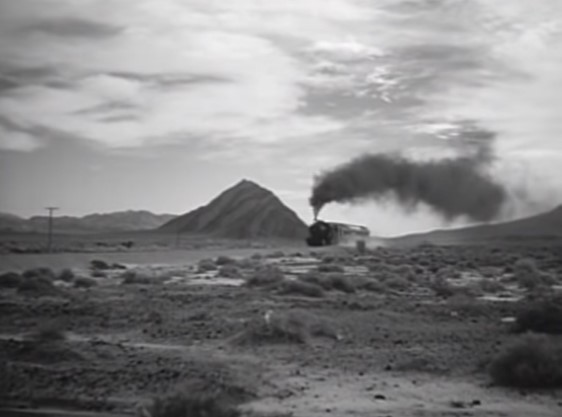 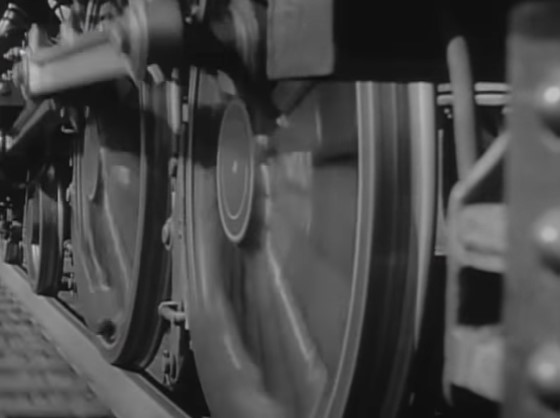 The episode opens with a short passenger train rolling through the desert (I can’t make out the locomotive except that the steam engine is producing a fine plume of smoke). Quickly, they cut to the churning drivers of a 4-4-0. 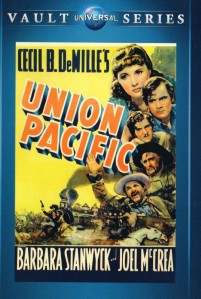 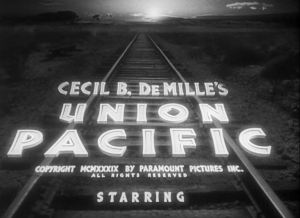 Cecil B. DeMille’s “epic” (translation: well over two hours long) film about the building of the first transcontinental railroad did everything in a big way. Big stars, train wrecks, Indian attacks and a messy love triangle for starters. Union Pacific utilized FIVE different steam locomotives — so many trains, in fact, Paramount had to obtain a railroad operating license from the Interstate Commerce Commission.

Doesn’t sound very obscure, does it? But…1939 was a long time ago and black and white turns many people off, so let’s just imagine obscurity and review it anyway. It really was a fascinating railroad movie to study.

Many many thanks to Larry Jensen and his book, “Hollywood’s Railroads, Volume One” for helping me identify the locomotives and passenger/freight cars used — most of which originally came from the Virginia & Truckee Railroad in Nevada.

As is my wont, I will concentrate on scenes where trains are involved. Camera…ACTION! 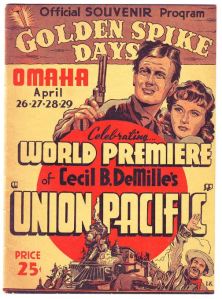 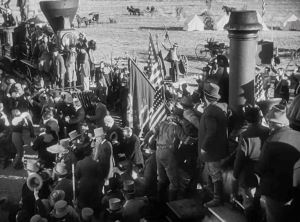 The movie premiered in Omaha, Nebraska over several days in April 1939. The recreation of the May 10, 1869 golden spike ceremony at Promontory, Utah was actually filmed near Canoga Park, California partially as a media event to promote the film.